The coronavirus pandemic, which is raging in every corner of the world, is a phenomenon that highlights the global nature of our problems. As interconnected members of humanity, even a geographically distant crisis affects our lives as well. At the same time, the pandemic is bringing a holistic – meaning the idea that the whole is more than merely the sum of its parts – approach to the forefront, which is what the methods used by UNICEF are based on.

UNICEF’s Water, Sanitation and Hygiene (WASH) team is present in more than 100 countries to improve water and sanitation services and basic hygiene practices worldwide. Regular washing of hands with soap plays a key role in the fight against the coronavirus, yet 40% of the world’s population – some 3 billion people – do not have access to the right quality of water and soap.

Today, about 2.4 billion people live in conditions where sewage is inadequate and 663 million are without access to adequate water resources.

These are basic needs, the lack of which endangers the lives of millions of children. Globally, one of the leading causes of death for children under the age of 5 is restricted access to clean water and infections due to the lack of sanitation. Indirectly and directly around the world, about 800 children die every day because they do not have access to the right quantity and quality of water. 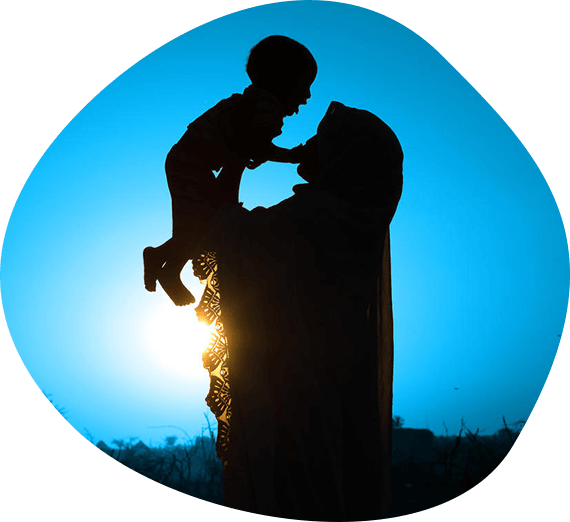 Because of the coronavirus, more than half of the children currently studying in the world do not go to school in at least 120 countries and many do not have access to online learning. The longer that children in the most difficult situations miss the security provided by school, the less likely they are to return. For these children, school provides not only opportunities for learning but also access to nutrition, basic health and hygiene.

Today, self-sustaining poverty limits about 60 million primary and about the same number of high school children to start adult life with proper education on an equal footing. Many of them have no opportunity to learn at all; many of them drop out of the education system on the go. Most of them live in the sub-Saharan region. These children are the most deprived members of families who are forced to work instead of going to school. Today, about 387 million children in the world live in deep poverty. UNICEF strives to ensure that even the poorest and most vulnerable children have access to at least basic education. As a result of the organisation’s initiatives and global collaboration for primary education, 23% more children attend primary school today than they did 20 years ago, and the number of early school leavers has nearly halved since 2000. There are fewer and fewer people in the world who cannot read and write: the number of illiterate young people has fallen from 170 million to 115 million in recent decades.

We know from past health emergencies that children are at increased risk of exploitation, violence and abuse if schools are closed, jobs are lost and movement is restricted. Between 2014 and 2016, the numbers for child labour, sexual abuse and teenage pregnancies increased significantly during school closures due to the Ebola outbreak in West Africa.

As we fight the coronavirus pandemic, we can lose a lot of children to other diseases such as pneumonia, measles and cholera. Access to health services, including immunisation and the treatment of childhood diseases, is an essential task in times of epidemics and pandemics. Prevention is also extremely important, because annually more than 1.5 million children die from diseases that could have been prevented by vaccination.

One in five children in the world does not receive the necessary vaccinations.

Some 19.5 million children do not receive even the most basic vaccines, making them completely vulnerable to diseases for which there is already a cure. In countries where the under-5 mortality rate is 80%, half of the child population does not receive essential vaccinations. Thirty per cent of deaths in children under the age of 5 are due to vaccine-preventable diseases.

Immunisation is the most cost-effective pediatric intervention. A single dollar spent on immunising children results in 44 dollars in savings for the national economy, which is reflected in part in health-care and in part in increased productivity.

Unvaccinated children are most likely to live in poverty. The world’s poorest children die twice as often before the age of 5 as children in the richest countries.

Due to disease, many miss out on the best moments of their young lives – their social relationships are damaged and they have no opportunity to play sports. Kids basically don’t tolerate change well, not even the less radical ones. Children have only limited means to deal with lack of information, uncertainty about what is happening and how long it will all last or the sudden drastic changes that are causing anxiety.

Children living in protective care are in a particularly difficult situation in Hungary as well, as there is a strict ban on going in and out of institutions. Children are not allowed to meet their families, and the technical equipment is most often not suitable for online education and communication. Those working in the child protection sector do heroic, superhuman work every day – they are also the invisible heroes of the crisis –, fighting in a self-sacrificing way for the well-being of others. UNICEF Hungary also wants to help them with mental counselling, reducing their burdens and equipping their institutions.

Children living in active war zones or overcrowded camps not only lack the security essential for development but have limited or no access to health-care, clean water and adequate food. The lack of these is not just a worrying problem during an outbreak of disease!

There are countless humanitarian crises in the world right now. Here are some of them, which are naturally exacerbated by the pandemic: 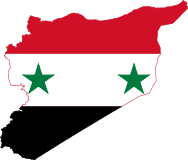 It is the tenth year of the crisis in Syria, of which children are the main victims. There are millions of internally displaced people in the country, hundreds of thousands of families live in crowded border refugee camps, hospitals and schools have been destroyed in bombings. Creating and maintaining hygienic conditions is a daily challenge for those living in the camps, so it is especially important to be able to provide them with as many toiletries and disinfectants as possible.

Due to more than 40 years of intermittent civil war, quite a large part of Afghanistan’s population is malnourished, in poor hygienic conditions, has no money for even the most basic medicines, and many lack the basic conditions for frequent hand washing.

According to official sources, a total of 62 ventilators will be available for 2 million people in the Gaza Strip, while the region would immediately need 50-100 additional devices to deal with the onset of the coronavirus pandemic.

The conflict in Yemen has been going on for five years, and for children the situation can be described as a constant nightmare. As a result of the economic collapse and the protracted crisis 80% of the population is dependent on aid. Currently, there are 2 million severely malnourished children under the age of 5 who do not have access to adequate nutrition due to food insecurity. The same number do not go to school due to the closure of institutions and the shortage of teachers. 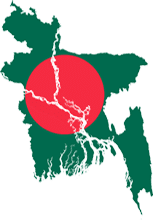 Hundreds of thousands of people, including plenty of minors, live in refugee camps in Bangladesh, exposed to the vicissitudes of the weather, famine and disease. Most children carry wounds not only on their bodies but also on their souls: they have watched the violent death of one of their relatives. There are still more than 720,000 children living in insecurity who need ongoing help. They are the ones who do not have a home, where they could “stay home”. 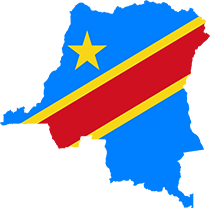 In the Democratic Republic of Congo (DRC), the health system is in critical condition and needs immediate support to continue the fight against the measles and cholera viruses, which have now killed thousands of children. Efforts to curb the Ebola epidemic in the east of the country have diverted attention and resources from health institutions dealing with measles and cholera. Since early 2019, measles has caused the deaths of more than 5,300 children under the age of 5 in the country, and some 31,000 cholera cases were also reported last year. The number of coronavirus infections in the central African country has also started to increase recently. This poses an additional serious threat to families, as – compared to other states on the continent – this country is the least prepared for another epidemic. In the DRC, public health institutions are inadequately equipped, not fully trained and under-resourced. In many establishments, neither a clean and safe supply of drinking water nor hygienic conditions are provided. The situation is exacerbated by the fact that in recent years the number of vaccinations has dropped in the remote regions where vaccination rates were already low. There are currently about 3.3 million children in need of emergency medical care and 9.1 million children in need of humanitarian assistance. Most of the vulnerable children live in the eastern part of the country affected by the Ebola epidemic and armed conflict, where the attacks of militias, which often affected health facilities, forced nearly 1 million people to flee their homes last year alone. Children living here have even fewer chances of receiving medical care, while malaria, measles and cholera are a deadly threat in all parts of the country.

The cookie settings are activated on this website for the best user experience. If the website is used without changing the setting or if the "Accept" button is clicked, the user accepts the use of cookies.